How are Plastics made?

In our continuing series of kid-friendly resources, we have compiled the below information, we hope it helps keeps the kids entertained.

Vessel moves are a part of life. Sometimes they have extra challenges!

Maritime Law is one of the most interesting legal environments around. The history of maritime and admiralty law stretches back to 900 AD and has fascinating variations from onshore law. Below, we have compiled some of the more interesting maritime law snippets. Maritime Law, Maritime Borders YouTube's @Wendoverpro pulled together an incredibly succinct summary of maritime jurisdiction, in a really accessible format. It explains the basics of the south china sea conflict, and

With our Australian ties weighing heavy on our hearts this month, the theme of “mates helping mates” spreading around the world in response to the crisis is ever more powerful. Stories of Navy vessels delivering beer, interspersed with photo collages of pets and owners in navy cargo holds and offshore support vessels lending a hand have been travelling the airwaves as Aussies celebrate the courage of the onshore and offshore battlers of the worst fire season in Australian his

Here at OneStep Power we are all about innovation, and LED lighting is a great innovation. We thought we'd take a couple of minutes to highlight some of our favourite stats about LEDs. Not only is there a reduction of energy use of up to 75% when compared to incandescent lightbulbs, There is also an associated maintenance and time reduction because the lights last longer and the fixtures aren’t subject to the heat of the older lighting. Energy.Gov estimates LEDs will “use at

The first Dynamic positioning system was deployed in 1961 on the CUSS-1. The April 1961 issue of Life Magazine presented a story on this very impressive achievement: According to the Marine Technology Society’s Dynamic Positioning Committee: “The CUSS 1 (named for the Continental, Union, Superior, and Shell oil companies that developed it in 1956) was the first drillship in the modern sense of the word. It was equipped with four rotating thrusters, one at each corner, and was 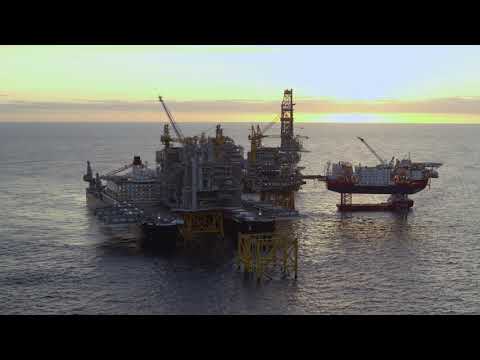 Did you know that the offshore sector set a new record this year? The world’s heaviest offshore lift was completed in March in the Norwegian sector of the North Sea. You can watch a very impressive video of the lift here: Reference: https://www.offshoreenergytoday.com/video-pioneering-spirit-performs-heaviest-lift-ever-offshore-on-johan-sverdrup/ #FactFriday #FunFactFriday #FunFact